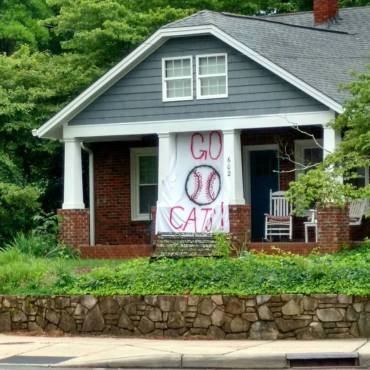 Coach Dick Cooke’s house on Concord Road is leading the way on banners.

The Goode family on Concord Road also is joining in.

Signs of the times in Davidson: Bedsheet banners for the Davidson Wildcats, who won their NCAA baseball regional over UNC Chapel Hill Sunday night. They play next in the superregional this weekend.  This reminds me of 2008, when Stephen Curry and Davidson basketball ran to the Elite 8.

And in case you missed it, read Scott Fowler’s article in The Charlotte Observer, “Between Davidson baseball and Steph Curry, what a moment for Wildcats fans.” At the same time the baseball team is having its best season ever, Curry is leading the Golden State Warriors in the NBA finals. 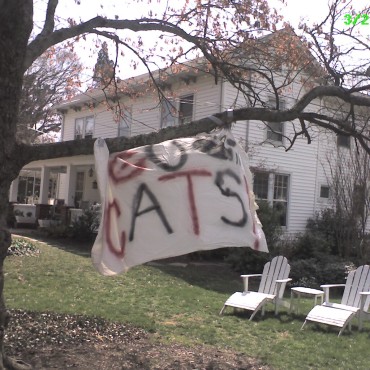