A driver accidentally backed his car into the porch and interior of Restaurant X on South Main Street in Davidson about 1:45pm Thursday.  The driver was the only one hurt in the incident, which came after the lunch hour.

Davidson police, firefighters and Medic all responded to the accident.  Medic said the driver was treated for non-life-threatening injuries,

Nils Lucander works in an office nearby. He told me: “I can see Restaurant X from my office and saw all the people gawking and helicopter swirling overhead. But oddly, I could not see the fire engines or medics or portion of the building where car crashed so I had no idea until I finally decided to go see what all the commotion was about.”

Thanks to Nils for the photos.

Davidson Police said the restaurant “is closed for an undetermined period of time.” 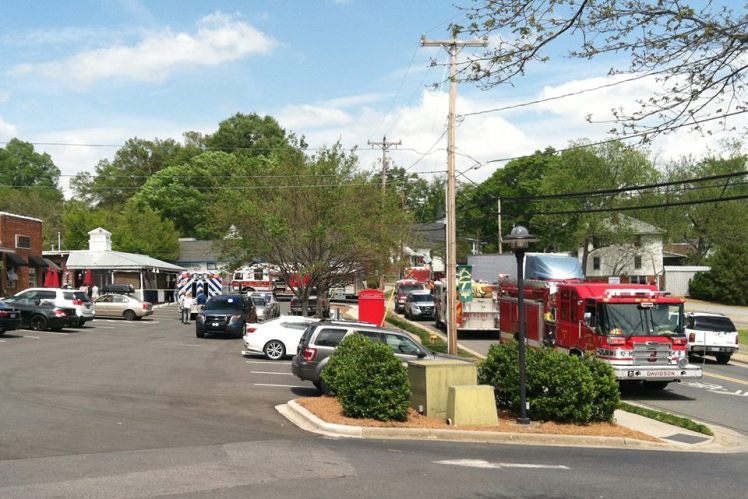 It even *looks* cold this morning in #DavidsonNC. The Mercury is at 24F . #moon #skyshow
Sunday afternoon entertainment: Checkers vs. Marlies at Bojangles' Coliseum. #gocheckers #row5 #clt